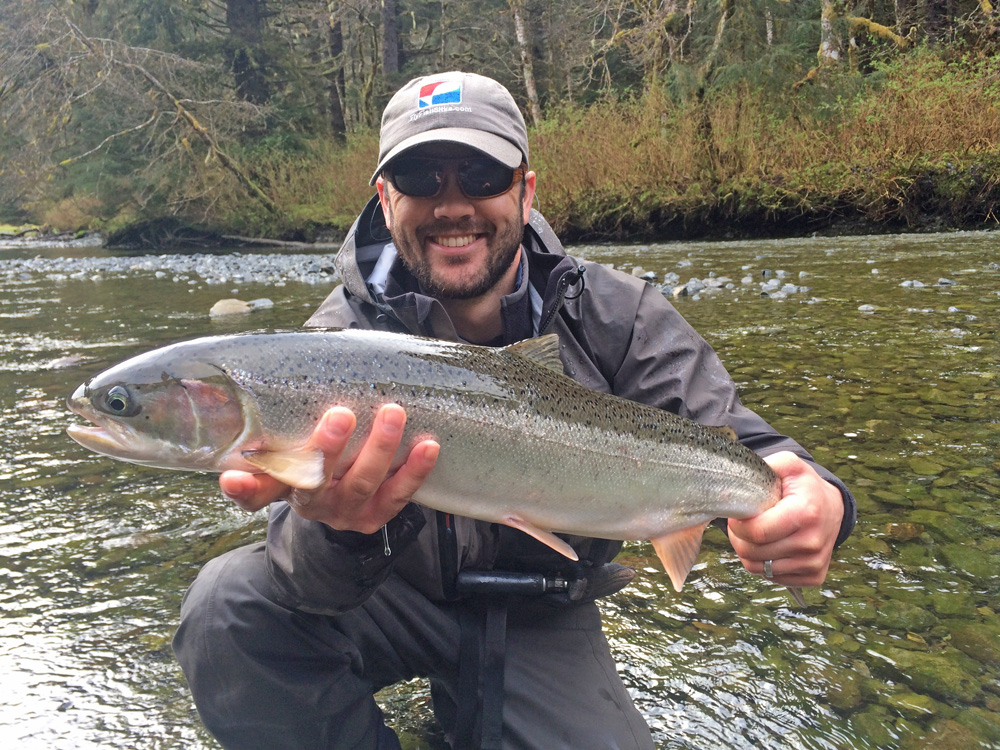 Meet your guide, Tad Kisaka, Sitka’s longest running freshwater guide. He’s been fishing since snoopy poles towered over him. Tad first fell in love with fishing while in the Boy Scouts. Becoming an Eagle Scout taught him valuable life and survival skills. Tad has fished all over the country and even tested the waters abroad. He was introduced to fly fishing while attending the University of Idaho on an Udall Scholarship. It was on Idaho waters that he became addicted to catching fish on the fly. During his college years he also studied overseas in Australia. Traveling around Australia with a backpack and fly rod in tow, he thought the most amazing thing was never knowing what was going to be tugging on the end of his line. Returning home, he stopped off in New Zealand and fished for steelhead on the Tongariro River. Along with receiving his degree from one of the top 10 Natural Resource schools, Tad also earned the Outstanding Senior Award in Fishery Resources and The Outstanding Senior in the College Award. After receiving his degree in Fishery Resources, he traveled around the Northwest, hitting some legendary rivers and lakes. It was then that he landed a biologist position in Vancouver, Washington and learned to fish the Columbia River for spring Chinook salmon, shad, and sturgeon.

“Fishing has guided me to some incredible places and has fostered some life long friendships.  Although, I have fished across the country, primarily in the Northwest, the waters around Sitka exceed the beauty and fishing value of the other places I have traveled.”

Tad currently lives with his wife and 3 young sons year round in Sitka, and loves it. He has been fishing the waters around Sitka since 1999 and is familiar with all the different runs of salmon, the timing of trout and char species, and is an extremely knowledgeable naturalist. “Come up and visit! We’ll do some fishing and I’ll show you this magical place that I call home.”